A downloadable game for Windows and macOS

You are the matchmaker.

Wander the Forest. Meet cute animals. Get them to mate.

See their beautiful babies grow. Some animals are in love with a special someone. follow your heart to find them.

Mating Season was created by a super-group of indie devs from 4 different continents, who came together for Agility - a Game Jam Performance, in Print Screen Festival and then in Intimadance Festival, in the summer of 2017.

You can read more about the performance in the complete summary press kit, and in our Facebook pages:

Have you heard of the game Spore?

It'd be nice to see a fuller game with this concept!

you guys happen to be fans of the creature series?

https://en.wikipedia.org/wiki/Creatures_(video_game_series) -  basically the father of genetic games where you infuse two creature together and progressively they become more intelligent (they can even learn english than they can teach their children)  you could get different breeds,  they could spread mass disease..so on so forth

Basically its a game that inspired Black & White, Spores, Mewgenics so on so forth and watching the video of this reminded me a bit of the game.

The visuals look familiar, perhaps I've seen it in a games magazine as a child... in any case this looks like quite a sophisticated game for its time!

But no, we didn't think too much about previous games when conceptualizing MS. The inspiration came from the 2017 theme of Print Screen Festival, where we created the game. You can read more about it via the links in  the game description here. If anything, the game was originally conceived as something more akin to David OReilly's Everything, but with breeding mechanics instead of embodiment mechanics. During the jam we let the art style that developed influence the gameplay and simplify it, and this is the result.

On it!
Our dev is busy tonight so we'll prob have the build here in a couple of days :) 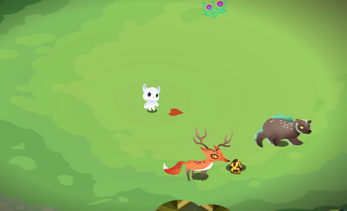 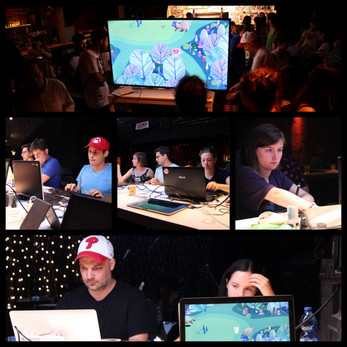